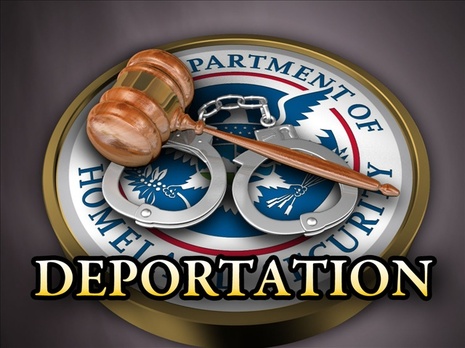 Foreign nationals living in the United States can be deported for a number of reasons, partly depending on their status. The possible types of status fall into three broad categories, namely permanent residence (with a green card), nonimmigrant status (with a valid visa or other right to remain in the U.S.), and the undocumented (who have no papers, and may have entered the U.S. illegally or overstayed a visa).

Here are some of the best ways to protect against being removed from the United States.

If you’re given a visa or green card, you need to know the limits on what activities you’re allowed to engage in. For example, people in the U.S. on a tourist visa are not allowed to work, and their visa can be cancelled if they do so. People with a green card are expected to advise the immigration authorities of changes in their address, and not commit crimes, and can be deported for failing to abide by these rules.

U.S. citizens cannot be deported except in rare circumstances (such as if they committed fraud to get their green card or citizenship.) Permanent residents who are eligible should seek United States citizenship as soon as they are eligible.

Nonimmigrants, and even permanent residents who are convicted of certain criminal offenses such as fraud, drug possession, drug and weapons trafficking, rape, murder, manslaughter, and a slew of other offenses can be placed in removal proceedings, have their status taken away, and be deported.

Steer clear of the criminal justice system! If you do face criminal charges, immediately contract the services of not only a criminal attorney, but an immigration attorney who is knowledgeable about both immigration and criminal law. Quite often immigrants just are not aware of the immigration consequences of pleading guilty to certain offenses. Many only learn of the consequences after they are placed in deportation/exclusion proceeding.

It is for this reason that some states such as California and Indiana now requires that immigrants be told of the immigration consequences of a plea before their guilty pleas can be accepted by the court.

The main group of persons who are subject to deportation consist of undocumented individuals, or “illegal immigrants“. A person may become undocumented by entering the country without being inspected or by staying longer than the period for which they were authorized i.e. a tourist overstaying his tourist visa.